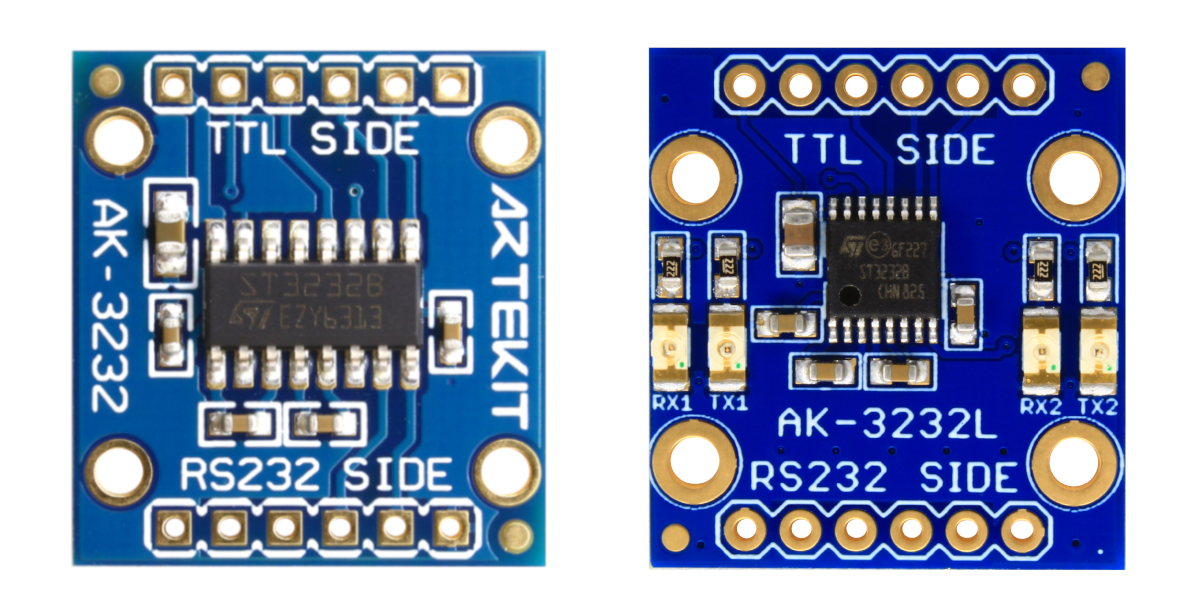 These boards are often used to connect a microcontroller UART (with TTL level signals, typically 3.3V or 5V) to a PC or others device that use RS232 signals (+-5V).

Both AK-3232 and AK-3232L carry an STmicroelectronics ST3232B IC, and operate in the exact same way. The pinout on the exposed pins are the same for both devices. The only difference is that the AK-3232L has 4 LEDs connected to every serial signal to show the status of the communication.

Suggested reading: Legacy AK-3232 guide and “Why do I need a RS232 Level Converter?”

Let’s take a look at the hardware: 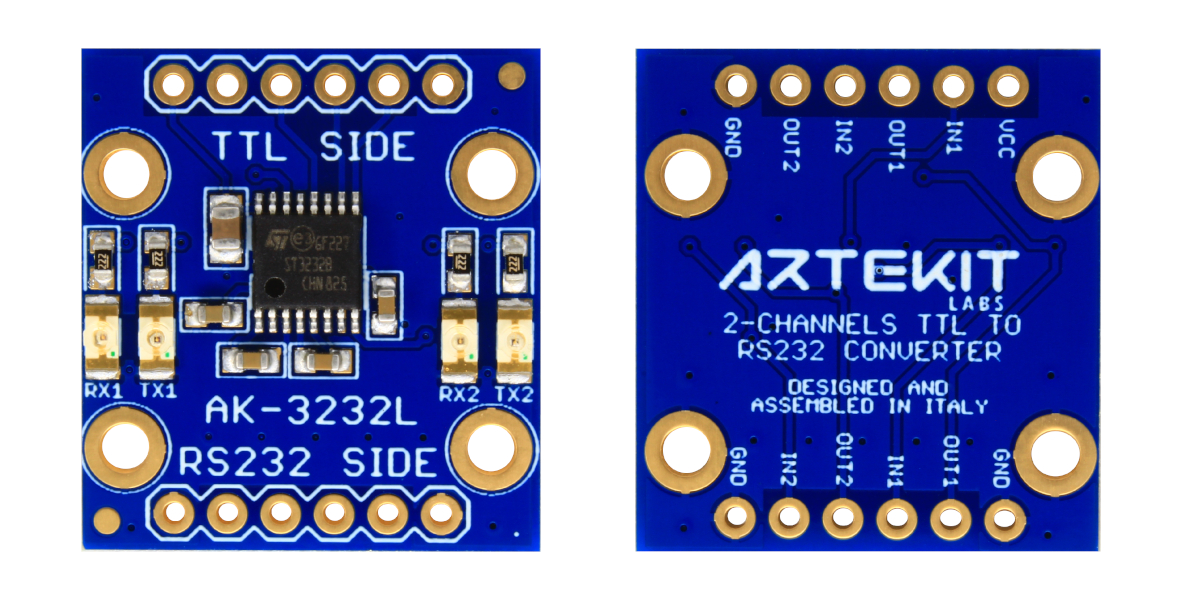 All the LEDs are powered by the same RS232 signal, and are turned on the rising edge of said signals. 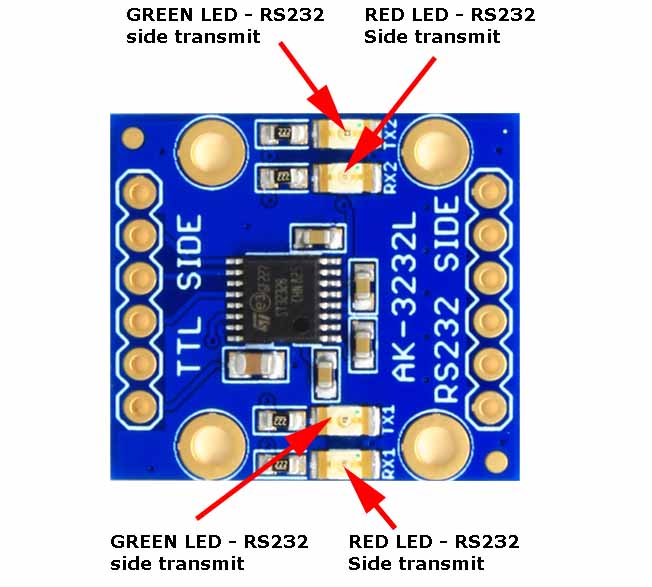 These LEDs are the only difference between the AK-3232L and the AK-3232 boards.

In the next picture shows how to connect the AK-3232L board in a flow control configuration. In this case we’ll implement the RX, TX, CTS and RTS signals connected to a standard DB9 female connector, but you can drive also DTR, DSR, CD or RI signals if necessary.

The AK-3232 and AK-3232L have 4 inputs and 4 outputs, and is also ideal to drive two serial ports. The following picture shows how to connect 2 serial ports of a microcontroller to two DB9 female connectors. 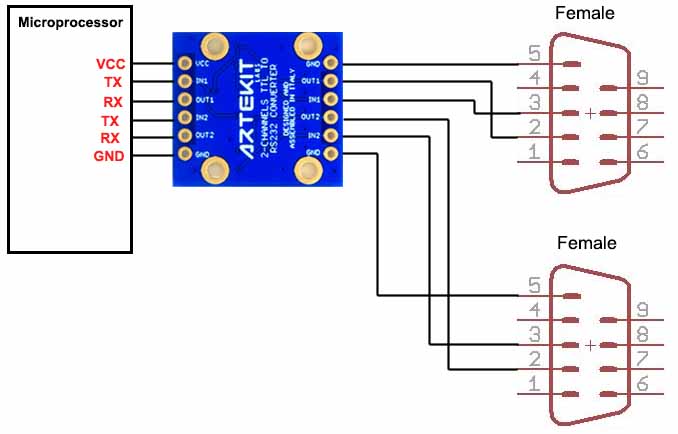 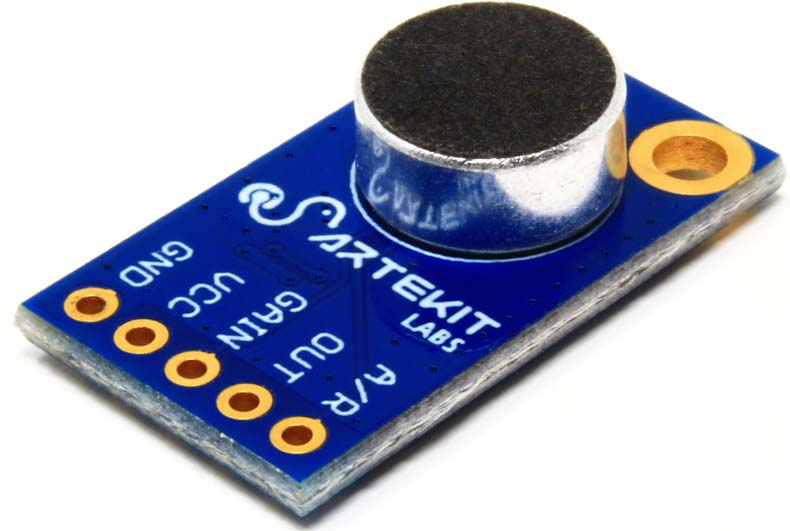 The AK-MAX9814 is a board with a microphone and a high-gain amplifier with AGC. 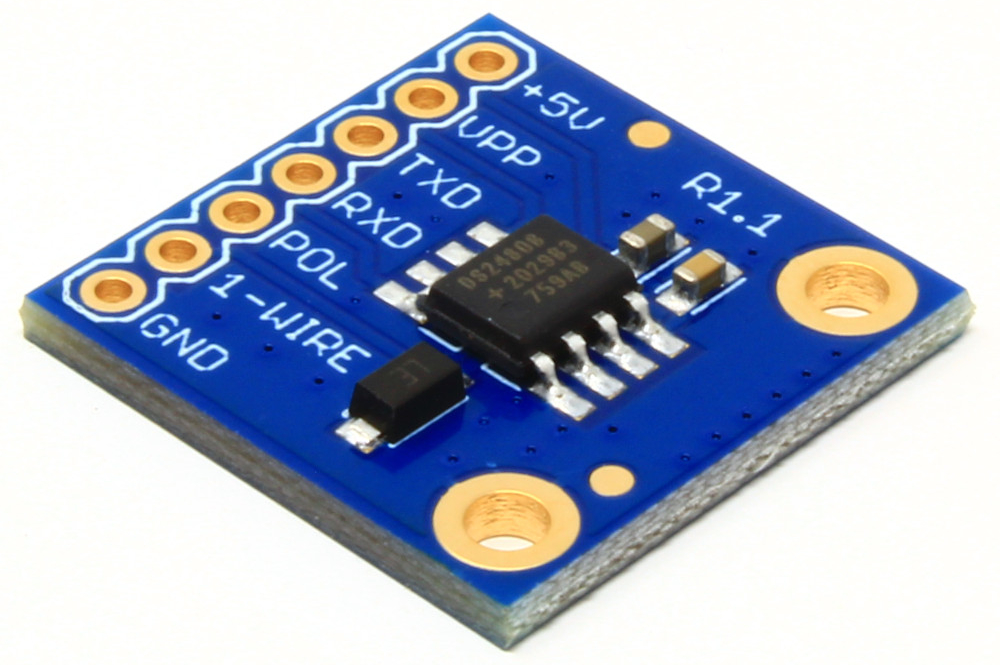 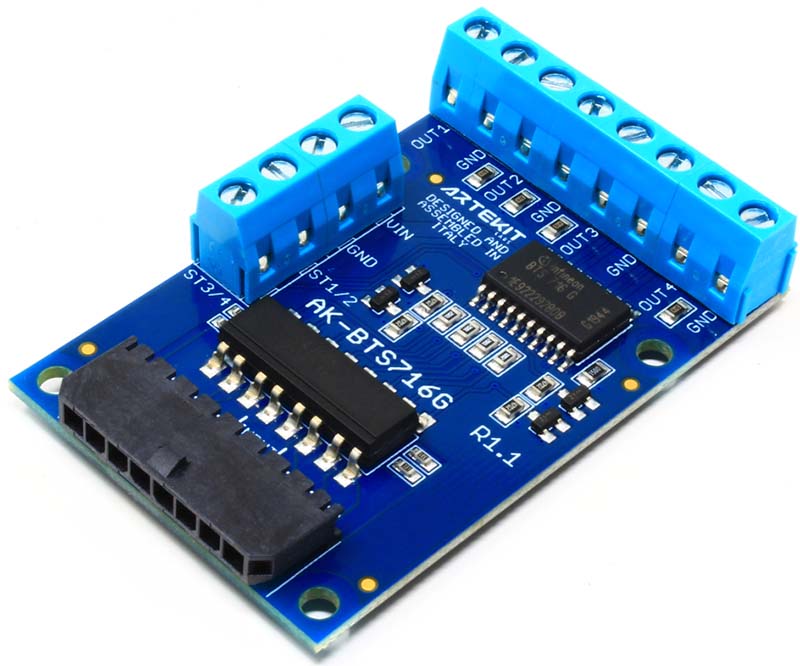